All Coal-Mining Rights Issued in India since 1993 Ruled Illegal 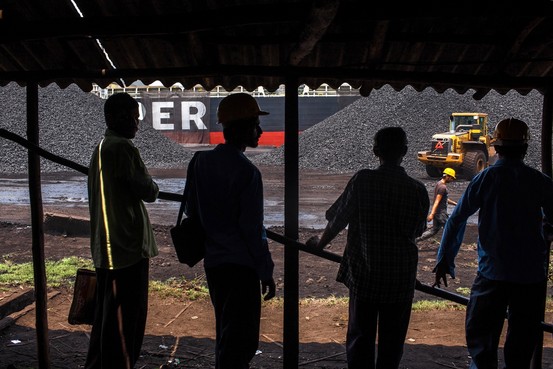 Workers await their shift before piles of coal at Haldia, India. Many mining licenses have been ruled illegal.Bloomberg News

NEW DELHI—India’s Supreme Court ruled that all coal-mining licenses distributed since 1993 are illegal, creating uncertainty about where Indian power plants and steelmakers will get the coal they need and complicating the new government’s efforts to improve the country’s business environment.

The three-judge bench, headed by Chief Justice R.M. Lodha, on Monday said that coal allotments by previous governments weren’t carried out in a transparent manner and didn’t follow objective criteria. But the court didn’t immediately cancel the 200 or so mining licenses given out in this “arbitrary and illegal” way since 1993.

Mr. Lodha said the bench would decide on Sept. 1 what will happen to the licenses.

Ruling on Coal Rights Creates Uncertainty The Indian Supreme Court’s decision to declare all coal-mining permits issued since 1993 as “illegal” and “apparently subjective” creates near-term uncertainty for the sector, Barclays says in a research note. But the court’s pending decision on whether to annul those licenses could ultimately provide “much-needed clarity,” the bank says, and pave the way for an auction of the country’s mineral resources. Monday’s ruling comes after years of public outcry over the mining rights, which India’s federal auditor declared had cost the exchequer more than $30 billion in forgone revenue by being handed out individually instead of being auctioned competitively. Government officials praised the ruling as an important step in repairing the damage from official corruption and ensuring transparent allocation of natural resources. But the decision hit shares of companies that stand to lose their mining permits. Jindal Steel & Power Ltd. was down about 6% Tuesday morning. Bhushan Steel Ltd. was 5% lower. ([email protected])

Market Talk is a stream of real-time news and market analysis that is available on Dow Jones Newswires.

The ruling marks the latest step in India’s efforts to clean up the coal sector after the country’s federal auditor in 2012 declared that the government had lost as much as 1.86 trillion rupees ($31 billion) by handing out mining licenses individually to companies instead of holding auctions, which would have raised more money through competitive bidding.

The scandal, dubbed “Coalgate” in the Indian media, contributed to perceptions that the previous government, led by the Congress party, was driven more by the interests of political cronies than of the public.

The opposition Bharatiya Janata Party, led by Narendra Modi, made the graft allegations into an effective campaign issue in the spring elections, in which the party won the first outright parliamentary majority in decades.

The Supreme Court’s decision also highlights the messier side of India’s efforts to fight government waste and corruption. Only a few mines on the allotted blocks are in production, but they provide up to a fifth of India’s supply. If the ruling leads the court to cancel the licenses, it is uncertain what will happen with the huge investments in power, steel, cement and other production predicated on the mining rights.

“The ruling underscores the judiciary’s power to overturn government policies and create policy uncertainties,” said Sasha Riser-Kositsky, an analyst with the Eurasia Group.

While the uncertainty hit the shares of companies that may lose licenses, the crackdown will eventually aid the economy, some government officials said.

“We have to quickly get the people 24/7 power,” Coal Minister Piyush Goyal said, “and this judgment will go a long way in achieving our goals.”

Monday’s order, and the furor that preceded it, echoes another scandal involving India’s previous administration. Sales of telecommunications licenses in 2008 were questioned because they were conducted behind closed doors and on a first-come, first-served basis instead of competitively. The cost in forgone revenue was estimated to be in the billions of dollars.

The Supreme Court, in 2012, voided more than 120 of the licenses in question and ordered that they be resold. That drove some of the foreign operators who lost their licenses, including Abu Dhabi-based Etisalat ETISALAT.AD +0.87% and Bahrain Telecommunications Co., BATELCO.BH -0.54% to abandon India. Others, including Norway’s Telenor AS TEL.OS -0.07% A and Russian conglomerate Sistema JSFC, AFKS.MZ -3.11% scaled back. 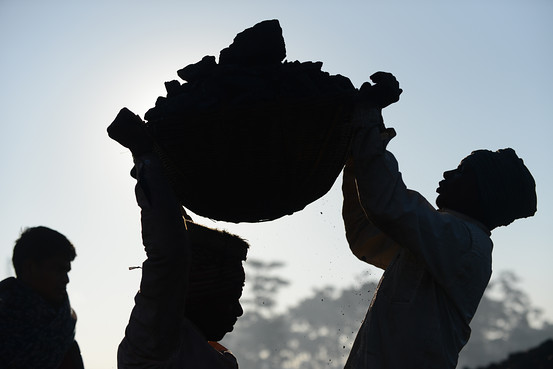 Miners haul baskets full of coal as they load a truck in the northeastern state of Meghalaya, in this file photo. Agence France-Presse/Getty Images

Whether a similarly messy resolution awaits on the coal companies and their customers will depend on whether the court simply annuls all licenses already handed out, places restrictions on mining operations undertaken using those licenses or does something else.

“I’m sure the court is aware of the implications of cancellation on the economy,” said P.C. Parakh, a former coal-ministry official who a decade ago proposed auctioning mining rights. “The decision should be quick so that uncertainty goes away. Wholesale cancellations would send disturbing signals.”

Around 70% of India’s electricity is generated by burning coal. The country is the world’s third-largest producer of coal, behind China and the U.S. Yet it relies heavily on imports thanks to mismanagement and onerous bureaucracy involved in every step of coal exploration, production and power generation.

One result: Nearly a quarter of India’s 1.2 billion people live without electricity, according to the World Bank.

—Prasanta Sahu contributed to this article.