Is Australia the last country standing in defence of coal?

Australia finds itself in a funny position headed for the Paris climate talks. It’s one of the few nations on the planet desperately trying to stop the hands on the clock and keep the world as we know it chugging smokily along for a few more years.

Here’s the backdrop: 303 years after Thomas Newcomen invented the first useful steam engine (which burned coal to pump water out of … coal mines), the black rock on which we built our prosperity is clearly on the decline. 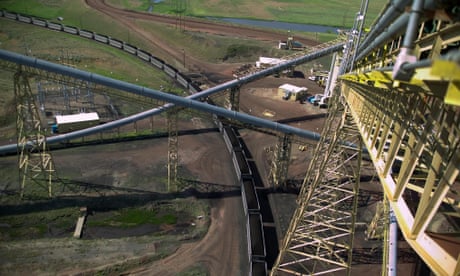 China’s coal imports are down 30% this year, and it’s not because they’re mining more of their own: the country’s total coal consumption has dropped almost 6%. In the US, Peabody – one of the world’s largest coal miners – predicts a decrease of 100m tonnes in the coming year. Canada’s biggest coal miner, Teck, just wrote off $1.6bn (A$2.4bn) in value for its vast coal mines, acknowledging their product just isn’t worth as much any more.