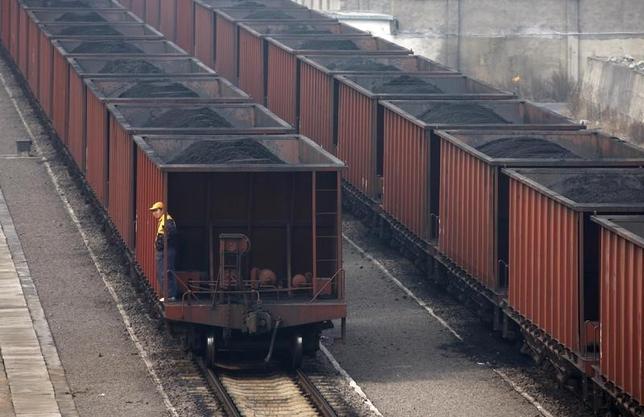 A worker stands on a wagon of a coal train as it tranfers coal to a power plant in Huaibei, Anhui province November 17, 2011.
REUTERS/STRINGER

China’s promise to curb public funding of “highly polluting projects” has isolated Japan and increased the pressure to close a deal to phase-out coal export subsidies after months of wrangling.

The Paris-based Organisation for Economic Cooperation and Development has been hosting talks on the issue since last year.

Japan, wary of regional competition from China, has been at the vanguard of opposition to phasing out coal export credits that help OECD nations send coal plant technology abroad and benefit companies such as Toshiba Corp.

But on Friday in a joint U.S.-China statement on Climate Change, China signaled it would take similar steps to those already promised by the United States, the World Bank and others to end coal financing overseas.

“Japan will have difficulty in exporting coal technologies,” Mutsuyoshi Nishimura, special advisor on climate change to the Japanese government, said when asked about China’s change of stance.

In the joint statement, China promised to strengthen green and low-carbon policies “with a view to strictly controlling public investment flowing into projects with high pollution and carbon emissions both domestically and internationally”.

EU officials, speaking on condition of anonymity, said the statement needed to be clarified, but should inject momentum into negotiations that resume in Paris at the OECD on Nov. 16.

With time running out to get a deal before the U.N. climate talks start in Paris on Nov. 30 on an international pact on global warming, previous OECD coal talks ended in statemate at the start of this month.